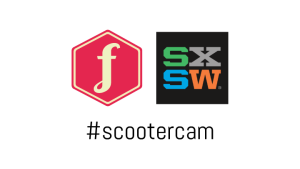 The world descended upon Austin last week as tech, music and film communities converged into a giant mix of pop culture, entrepreneurs and creativity. It’s was a strange thing, which was what it was all about. There’s a general feeling of counterculture still at the core, but there’s no fooling anyone that there’s also a huge corporate presence, too.

My hopes for being in Austin during SXSW were to have good conversations with people about how they use video on the web. I considered it product research, but I was also driven to make connections where Field59 can be a partner. Field59 specializes in live video and online video management. Online video is a huge world and everyone at SXSW was mixing up in it.

Another goal was to understand where things are going for video. Recently, I learned about an awesome new live streaming app call Meerkat. This was before it went viral. It’s incredibly simple. Simple in design and function. Basically, it lets you stream your life at any time to your Twitter audience. It’s mobile live streaming for personal use. It meshes nicely with my professional life where I promote live streaming for business.

I live streamed my days at SXSW using my phone and Field59’s mobile streaming service. If you didn’t catch it, imagine riding a Razor scooter down a crowded street at bar time filled with every character imaginable. A word of caution, remember to get a good phone mount as my phone hit the pavement several times.

While the Field59 Video Platform™ is a business to business application, Meerkat is for consumers. Both are part of an ever-growing ecosystem of live video for web, mobile, TV, and set top boxes. Digital media is converging. It’s validation that live video is where it’s at, and personally, I feel good knowing we’re helping to facilitate this new wave of media creation.